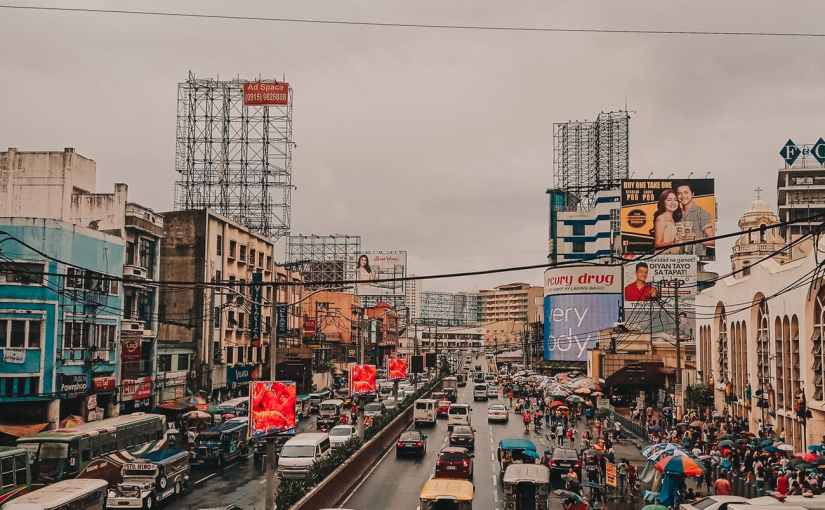 Claire was born in the Philippines and raised in Chicago, Illinois. A diplomat’s daughter, she’s lived in Seattle, Washington; Melbourne, Australia; and in Singapore. She is developing an independent documentary series called Dreamland: The Filipino American Story.

My biggest guilty pleasure is browsing Zillow or AirBnb. I imagine myself living in a vintage apartment back in my childhood neighborhood, walking around like a local. Or building a tiny house on wheels so I can constantly be on my way somewhere else. But even if I wanted to, I could never just take off on a whim. Visas are required for every country I’ve called home, except for Singapore.

As a TCK raised to believe the world can be roamed freely, my choices today are shaped by borders. The struggle has moved away from questions of identity into uncharted territory for the TCK: staying put. Since returning to Manila five years ago, I wake up everyday wanting to just fly. Where can I go, what can I do to find joy right here? It’s the challenge faced by any creative person: make it new.

And so I address God and ask, “What new thing will You show me today?”

While navigating the twisty, narrow streets of the most densely populated city in the world, I try to look past the chaos that is Manila.

The sari-sari store keepers fanning themselves in the thick heat and the fearless entrepreneurs opening cafes and co-working spaces all share a kind of grace in their striving. I see the work they put into building community, and the spirit of the city begins to grow on me. The idea of rootedness turns into a peaceful stability.

Then there are days I’m frantic for change (hence the virtual apartment hunting). Or I drive three hours south of the city, out to the small volcano poking out from the middle of a lake, if only to cope with the sameness of my surroundings.

As a young mom, I made the choice to raise my Philippine-born daughters as third culture kids. This was not an easy decision to make, even though being a cultural misfit was the only way I knew how to be. At 10 and 11, my girls were thriving at school, had best friends and pets they adored, and a roomy house they ruled noisily, all while making their own childhood memories in one place. I thought about the turbulence and trauma I experienced at 13, moving from the US to the Philippines; the bumpy transition to Melbourne at age 17.

But when I asked my father for advice, he said: “We moved all the time. You kids turned out OK.” And so my husband chased a career in Singapore, where my kids grew up, graduating high school at an American school. My daughters are adults now, and I celebrate the empathy, open-mindedness, and adaptability they share with other TCKs. But I worry about their restlessness (which mirrors mine), and their own journeys to belonging.

I can’t help but see my passport country in the context of the places I’ve lived. Not only have I seen more, but I’ve been steeped for years in a multitude of experiences, and maintain rich friendships across countries. I’m painfully aware of the privilege that’s allowed me to live so many kinds of lives. There are places that feel more like home to me than others, but I could never choose just one cultural identity.

Instead I claim and nurture a global identity, with all its moving, malleable parts. Then the question becomes not “who am I”, but finding where I stand in a much bigger story.